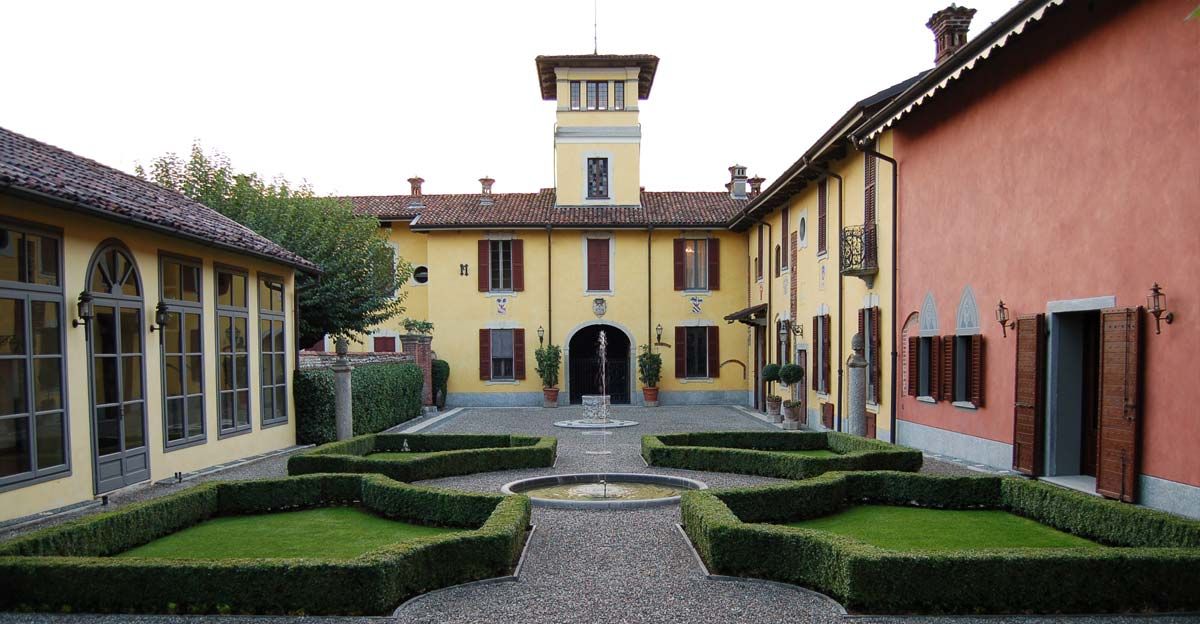 Villa Porro is one of the oldest patrician houses in Lonate Pozzolo, located in the old town centre along the historic "Contrada del Borgo", now Via Roma, running from S. Maria square to S. Ambrogio square.

According to the "Stato delle Anime" or Parish Register, 1574, the house was one of the several properties belonging to the Della Croce, an ancient noble family living in Lonate Pozzolo.

In the 18th century the property passed to the Porro, an ancient noble family from Milan, who used to spend their summers there.

The villa is horse-shoe shaped: the main and oldest part of the house is located along Via Roma. The facade is yellow reprising a Lombard decorative tradition and an additional brick red building includes stables, barns and granaries.

The presence of the lemon-house and a boundary wall between the main courtyard and the farmyard doubles the horse-shoe layout and clearly separates the spaces used by the servants and the nobility.

Villa Porro is the result of a series of overlapping architectural interventions over the years to satisfy the changing needs or the personal tastes of the owners.

Between 1994 and 1997 we carried out conservation work on the reception rooms, courtyards and the park thus transforming Villa Porro into a stunning, versatile location suitable for any event, conventions, meetings, weddings, receptions, fashion shows, exhibitions, and concerts.